Lawyers for Trump and the Justice Department argue that congressional subpoenas amount to ‘harassment’ of the president.

Justices on the United States Supreme Court on Tuesday pressed a lawyer for Donald Trump to justify the president’s bid to block Democratic-led congressional committees from getting access to his financial records in a major showdown over presidential powers.

The nine justices kicked off a scheduled one-hour argument over attempts by committees in the House of Representatives to obtain the records in a pair of cases that test the authority of Congress to conduct oversight of the president.

Lawyers for Trump and Department of Justice, which is siding with the president, argued that the president cannot be investigated while he remains in office, by either committees of the US Congress or local prosecutors in his hometown of New York City – both of whom are seeking his tax returns and financial records from the years before he took office.

The court’s decision in the cases, expected in June, could shape the outcome of November’s presidential election and redefine the limits of presidential power. Rulings against the president could result in the quick release of personal financial information that Trump has sought strenuously to keep private.

Before the coronavirus pandemic erupted, the cases marked the most politically treacherous proceedings against Trump since the impeachment hearings in January. If, as some have testified, the financial records show that Trump has been artificially inflating his net worth for decades – to both the general public and to the banks lending him money – the sheen on his career in business, one of the president’s primary selling points, could quickly lose its lustre.

Early in the arguments, the justices queried Trump’s lawyer, Patrick Strawbridge, about whether lawmakers can ever subpoena a president’s financial records. Conservative Chief Justice John Roberts questioned Strawbridge on the broad scope of his arguments.

“Do you concede any power in the House to subpoena personal papers of the president?” Roberts asked.

Strawbridge said it was “difficult to imagine” a situation where that would be justified. 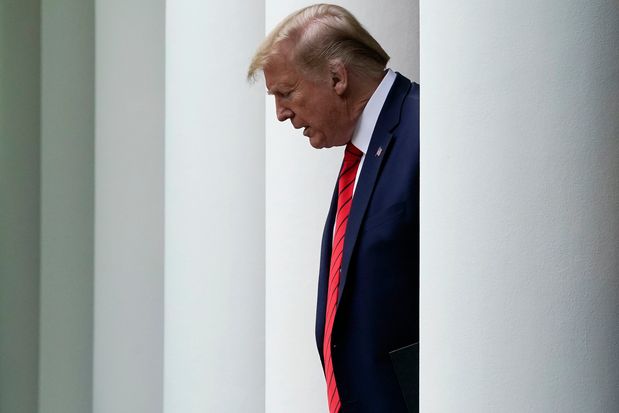 Trump’s lawyers have argued that the congressional panels had no authority to issue the subpoenas and had no valid legislative reason for seeking the records. They amount, the lawyers argued, to “harassment” of the president.

Liberal Justice Stephen Breyer probed whether under the approach taken by Trump’s lawyers Congress would have been able to properly investigate the Watergate scandal of the 1970s under President Richard Nixon. Breyer said that in that instance, material related to the president’s official duties were handed over to lawmakers.

Breyer grilled Strawbridge about whether, under view of the law being argued by Trump’s legal team, a Senate panel headed by Senator Sam Ervin would have been able to investigate Watergate.

“Are you saying the Ervin committee subpoenas were unlawful? Yes or no?,” Breyer asked.

Liberal Justice Elena Kagan said past presidents had reached compromises with Congress in disputes over access to documents.

“What it seems to me you’re asking us to do is to put a kind of 10-ton weight on the scales between the president and Congress, and essentially to make it impossible for Congress to perform oversight and to carry out its functions,” Kagan told Strawbridge.

Two of the three cases being heard on Tuesday concern attempts by committees of the Democrat-controlled House of Representatives to enforce subpoenas seeking Trump’s financial records from his longtime accounting firm, Mazars USA LLP, and two banks, Deutsche Bank and Capital One.

Scott Turow’s prediction: Will SCOTUS give POTUS a pass?@ScottTurow https://t.co/WskyYqXgsI

From Mazars, the House Oversight Committee asked in April 2019 to see eight years of records after Michael Cohen, Trump’s former lawyer, told the committee that Trump had inflated and deflated certain assets on financial statements between 2011 and 2013 in part to reduce his real estate taxes.

From the banks, the House Financial Services Committee, which has been examining possible money laundering in US property deals involving Trump, wants the banking records of Trump, his children and his various businesses. The House Intelligence Committee, which is investigating whether Trump’s dealings left him subject to the influence of foreign individuals or governments, wants the same records and any others that identify “any financial relationship, transaction or ties” between Trump, his family members and “any foreign individual, entity or government,” according to the subpoena.

Investigators hope the records will reveal whether there are any financial links between Trump and Russia’s government, including any evidence that loans to Trump by Deutsche Bank were backstopped by Russian entities.

Deutsche Bank was the only major lender to conduct business with Trump in recent years – doing so despite the fact that he defaulted on loans worth hundreds of millions of dollars that the German bank made to him between 2004 and 2008.

The other case concerns a subpoena issued to Mazars for similar information, including tax returns, but this one was issued as part of a grand jury investigation into Trump being carried out by New York City’s District Attorney, Cyrus Vance, Jr, a Democrat. 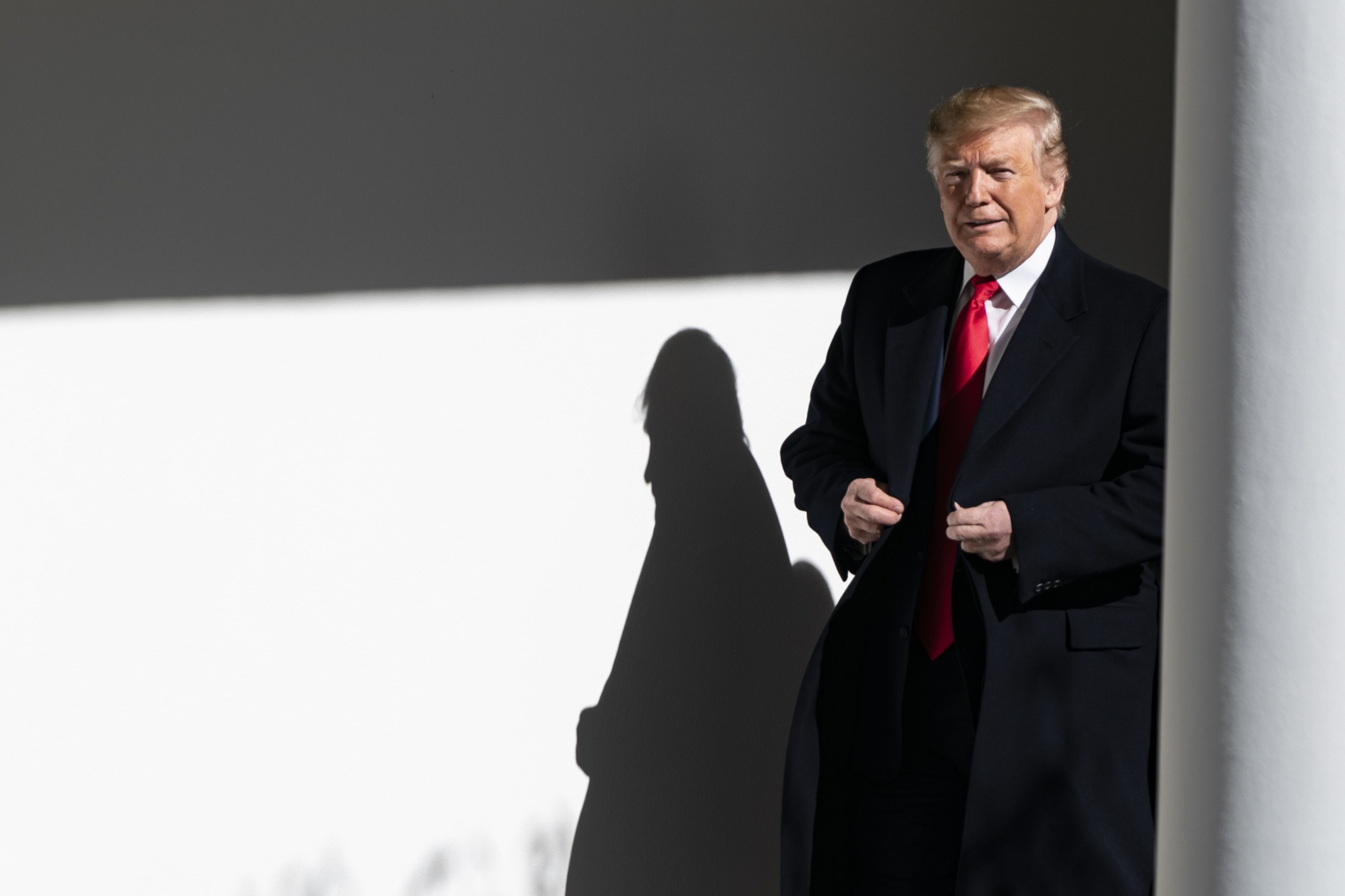 Vance’s office sought in September of 2019 nearly a decade’s worth of tax returns from Trump and his organisations as part of a criminal investigation spurred by disclosures of hush payments made to two women who said they had past sexual relationships with him, including adult film actress Stormy Daniels and former Playboy model Karen McDougal.

In attempting to fend off House Democrats, Trump’s lawyers argue that Congress has no authority to issue the subpoenas, a broad assertion of presidential power. No sitting president has ever had his personal records subpoenaed, they insist, saying that even if Congress could issue the subpoenas, it lacks a valid legislative reason for doing so and has not stated with sufficient detail why it needs the documents.

n the case of the Vance subpoena, Trump’s lawyers argue that he is essentially immune from any criminal proceeding when in office. They have downplayed prior Supreme Court rulings regarding limits on the reach of presidential authority and point instead to Justice Department guidance that asserts that a sitting president cannot be indicted or prosecuted. In a lower court hearing, Trump’s lawyers went so far as to argue that law enforcement officials would not have the power to investigate Trump even if he shot someone on New York’s Fifth Avenue.

In two earlier cases over presidential power, the justices acted unanimously in requiring President Nixon to turn over White House tapes to a Watergate special prosecutor and in allowing a sexual harassment lawsuit against President Bill Clinton to go forward.

Sandra Z. Connelly leads is leading the DAY TO DAY & WORLD NEWS column. She has mastered the art of writing since her childhood, and with time, this has developed to be an enormous talent. When we hired her, we were definite that her skill sets would benefit our website, and gladly, we were right. Not only she has shown skills in writing, but she has also demonstrated her ability to manage time according to her work schedule.
View all posts
Post Views: 38