The Gujarat High Court on Monday took note of news reports highlighting the difficulties faced by migrant workers and as well as “underprivileged and weaker sections of the society that were afraid of dying of starvation and not COVID-19”.

In an ongoing hearing of a suo motu public interest litigation concerning the state’s measures to address several aspects of the pandemic, the court observed that the ”situation seems to be going out of control”. It said though the state government may be doing its best, “yet we find that something is wrong somewhere. It appears that there is no proper coordination among various departments of the state government”.

The court also asked people not to lose heart as the “novel COVID-19 is not immortal”. The division bench of Justices JB Pardiwala and Ilesh Vora took note of two reports by The Indian Express, one of which highlighted the 19-hour wait by migrant workers in Gujarat to board a train to Uttar Pradesh. 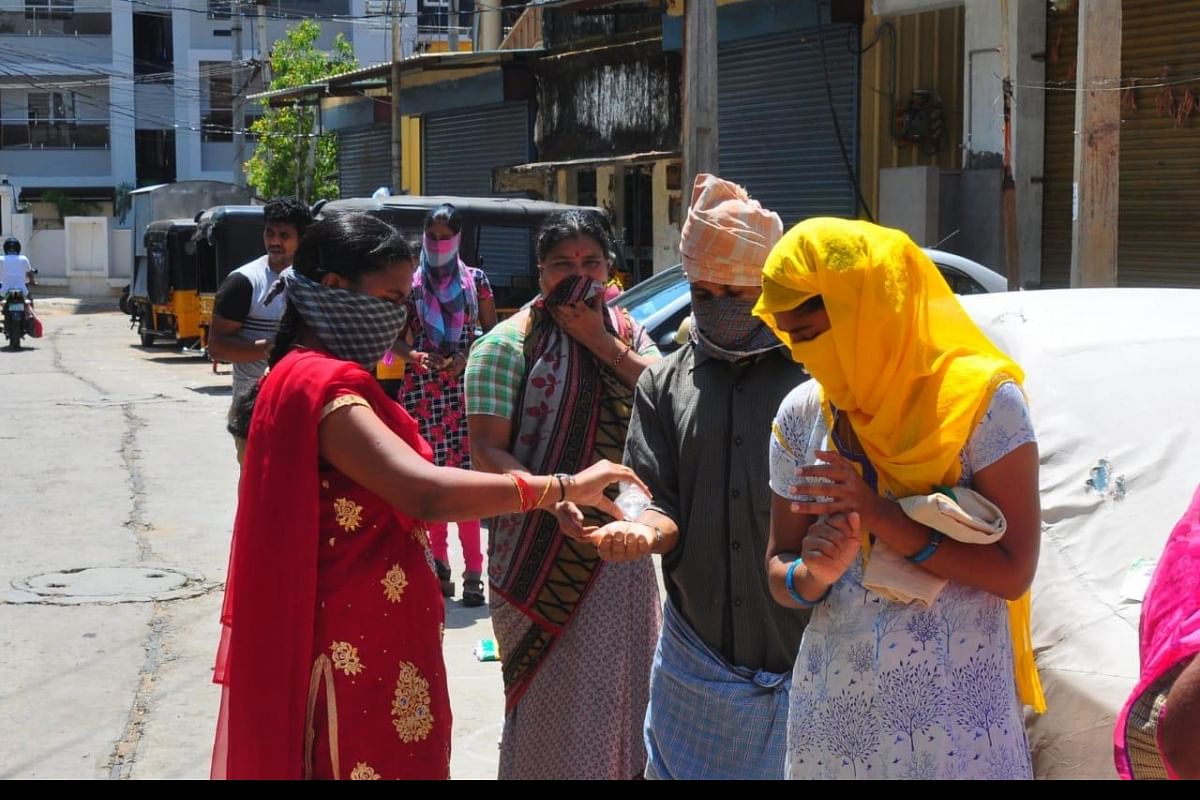 The court observed, “It appears that the migrant workers are suffering the most. They are desperate to go back to their native states… We appreciate the efforts of the state authorities in transporting the migrant workers by trains, buses, etc. However, it seems that before they are able to board the train or a bus, they have to suffer for hours together in this scorching heat of almost 45 degrees.”

The HC observed, “The state government should keep in mind that they are at present dealing with the most downtrodden, underprivileged and weaker sections of the society… They are not afraid of COVID­-19, but they are afraid that they would die of starvation. In such circumstances, it becomes the paramount duty of the state government to assure and repose confidence in the downtrodden classes of people that they will be taken care of in the best possible manner. It is high time for the state government to deal with this delicate situation very carefully and instill confidence in the minds of the people at large that they will be taken care of.” The bench observed that it appeared that the Director General of Police has asked the police to stop any worker seen walking and take them to the nearest shelter home. The court asked how many shelter homes were functional across the state and where.

“Everyday hundreds of migrant workers with children are seen in different parts of the state, more particularly on the highways. Their condition is pathetic. They are living in the most inhumane and horrendous conditions. As we have observed earlier, although all necessary steps are being taken by the state government, more modalities need to be worked out at the earliest to ease the suffering of the people at large.”

The court took note that the state government has entrusted the exclusive charge of Ahmedabad to IAS officer Rajiv Kumar Gupta. “We are sure that with the special skills Dr Gupta possesses, the rich experience gained over a period of years as an IAS officer and with all the ability at his command, the situation in Ahmedabad will soon be normal. We would like to convey a message to the people at large that do not lose heart. Everything that has a beginning has an end. Novel COVID­-19 is not immortal. We all need to stand united and fight. People with resources should stand by the frail, aged, needy and poor. Trust in the Almighty.”

The bench took note of news reports by other publications highlighting difficulty in availing other medical services on account of complete lockdown. The court noted, “If a person has any other ailment and is in need of medical treatment, he cannot be asked to remain locked in his house. Necessary arrangements should be made in such circumstances to ensure that the ailing person gets treatment…”

The court sought a response from the Advocate General and the government pleader by May 14.

Sandra Z. Connelly leads is leading the DAY TO DAY & WORLD NEWS column. She has mastered the art of writing since her childhood, and with time, this has developed to be an enormous talent. When we hired her, we were definite that her skill sets would benefit our website, and gladly, we were right. Not only she has shown skills in writing, but she has also demonstrated her ability to manage time according to her work schedule.
View all posts
Post Views: 89