“The Last Dance” — ESPN’s 10-part documentary chronicling the 1997-98 Chicago Bulls — hit a high point on Sunday for a series that, as promised by director Jason Hehir, just keeps getting better. To be fair, every episode has been a home run. Ratings are through the roof. But Sunday’s episodes hit from every angle on a range of topics that, in their own way, encapsulate everything Jordan and the Bulls represented.

Some good. Some bad.

Let’s look at the winners and losers: 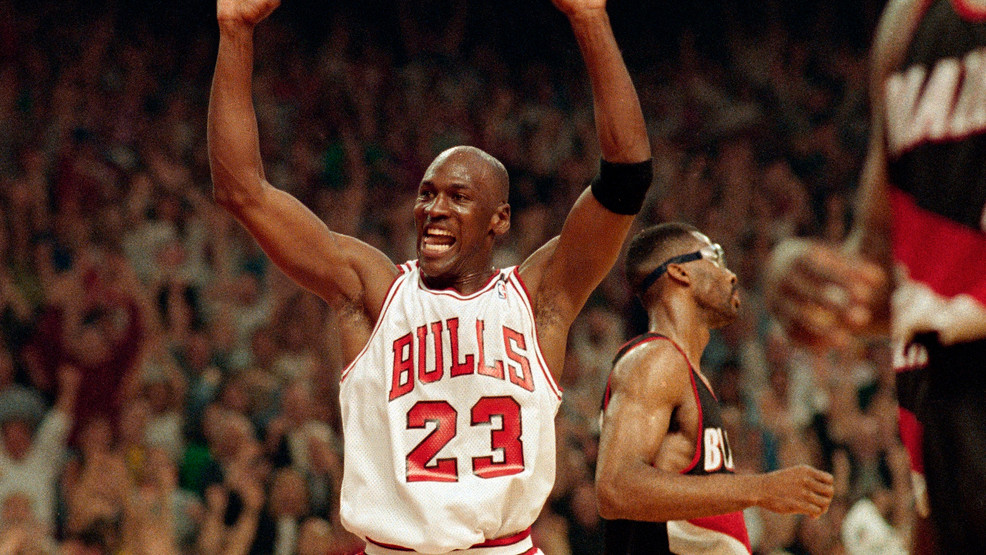 Episode 7 is, in my opinion, Jordan’s finest hour of the series so far. He provides us with the most human moment we’re likely to see as he’s moved to tears talking about his take on leadership and the embers that stoked his maniacal motivation.

There’s an old rule in writing that says “show, don’t tell,” and the “show” part of that rule is what we get in these episodes. For years we’ve been told stories about Jordan mentally, and sometimes physically, bludgeoning his teammates as he dragged them into his sphere of obsession, but here is the man behind the madness.

Why he was the way he was. What this all meant to him. As the seventh episode draws to a dramatic close, Jordan — at the end of a leadership riff — actually has to tell the director to “break” as he composes himself, and it does not feel like a product of fancy editing. It’s amazing how much this all meant, and still means, to him.

I keep thinking about the scene of Jordan face down in the locker room after winning the 1996 title, cupping the ball tight, almost like a kid with his teddy bear, sobbing. I suppose it speaks to the difference between mortal people like me and the one percent of high-achievers in the world, but I never could understand how something like sports, winning some game or trophy, could mean that much to anyone. But it’s not the victory, I’ve come realize, that taps into the deepest emotions. It’s the loss that preceded it.

For Jordan, the loss of his father hits hard in these episodes. It touches on his foray into baseball, the sport to which his father introduced him. You might think his baseball career was kind of a punchline, but this dude, at 31 years old, hit .202 in Double-A after not playing baseball since he was 17 years old. Just pick up a bat and glove and rolled out with professionals.

“I can’t believe that he actually hit .202, and he drove in 50 runs. We had a lot of good prospects that didn’t drive in 50 runs,” said Terry Francona, who managed Jordan with the Birmingham Barons. “In my opinion, with 1,500 at-bats, he would’ve found a way to get to the Major Leagues.”

That’s not just anyone saying that. That’s a World Series-winning manager.

Overall, Pippen has been a big winner in this documentary. The conversation of how under-appreciated he was, and continues to be, was reignited early. Dennis Rodman said Pippen was “the best player in the world” when Jordan went to play baseball, and when the beef between Pippen and Jerry Krause moved front and center, everyone took Pippen’s side.

It was the second round of the playoffs, Chicago’s first without Jordan, who had gone off to playoff baseball. With the Bulls trailing the Knicks 2-0 in the series and Game 3 tied 102-102 with 1.8 seconds to play, Phil Jackson drew up the last-second shot for Toni Kukoc, rather than Pippen, who was so incensed that he refused to go back in the game.

Jackson recalled Jordan calling after the Pippen incident and saying: “I don’t know if [Scottie’s] ever going to live this down.”

So here’s where it gets strange. In “The Last Dance,” everyone talks about how bad Pippen felt after the game, how Bill Cartwright got up and gave an impassioned speech and Pippen apologized profusely, and even now, 25 years later, Pippen says in the documentary that “it’s one of those incidents where I wish it never happened.” But then he finishes by saying this:

“But if I had the chance to do it over again, I probably wouldn’t change it.”

Say what? You’ve had 25 years to think about full-out quitting on your team on account of your own ego, and still, after feeling terrible about it at the time, you would do the same thing again today? That is an awful look for Pip. Refusing to stand with your teammates is pretty much the bottom of the athlete barrel. I cannot make myself believe Pippen would actually do this again, but he’s stubborn as heck and that’s what he says in the doc, and it qualifies him as the biggest loser of Episode 7 in a landslide. 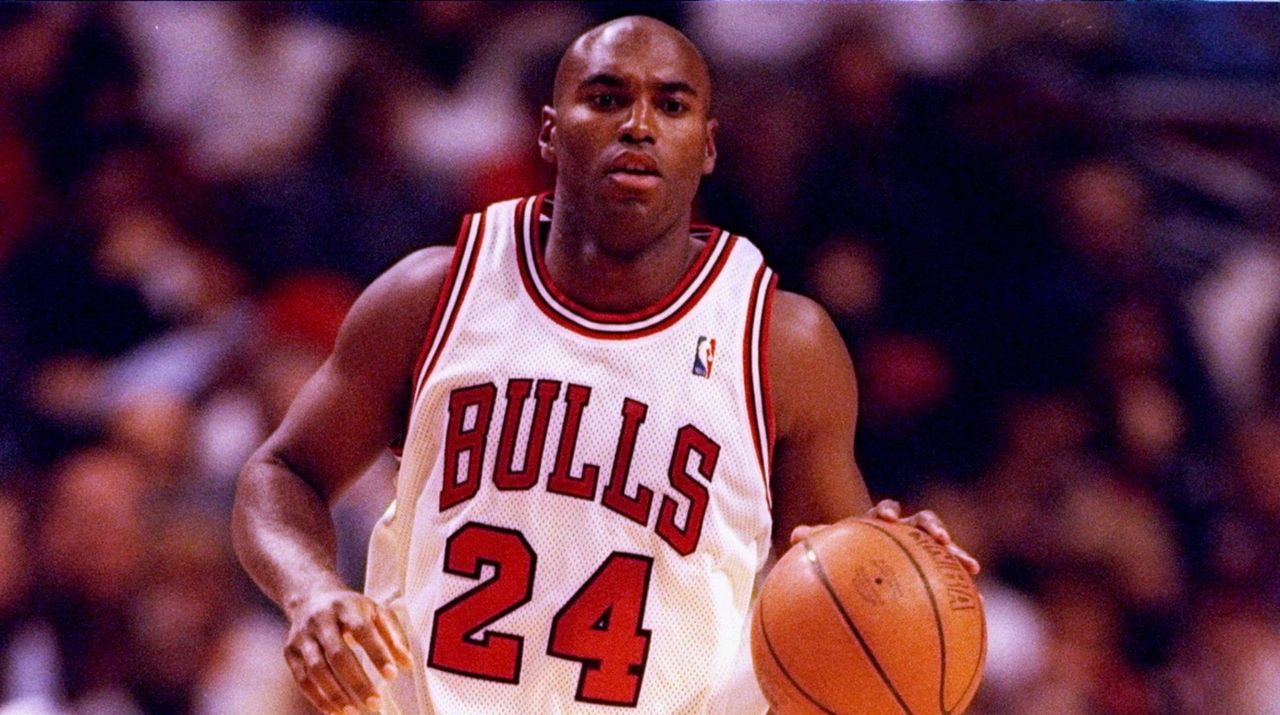 Burrell, basically a career backup, played nine pedestrian seasons in the NBA. One of those seasons, 1997-98, was with the Bulls, which just so happened to be the season a camera crew was following the team around. Burrell played 13 minutes per game that season, averaging five points and two rebounds. Almost nobody, before this series, would have been able to pick Scott Burrell out of a lineup. Even hardcore NBA fans had to scratch their head to remember his name.

Such is life when you score a seat on the Jordan train, which, over the years, has transported many an obscure athlete into the brightest of spotlights. Burrell was introduced early in the documentary as the guy getting called out by M.J. on the team plane for his hard-partying ways. But in Episode 7, Burrell the actual basketball player becomes a prominent part of the story as one of Jordan’s favorite whipping boys in practice.

“They just rode Scotty, and Scotty just smiled at Michael and took it, and fired right back at him,” Jud Buechler says in the documentary.

Burrell wins in “The Last Dance” in more ways than just the world being alerted to the existence of an otherwise face in the NBA crowd. He just comes off as a chill dude. You can tell how much Jordan likes him, even if he shows it in a ruthless, big-brother way, and Burrell’s willingness to not back down to the ultimate basketball bully shines a particularly admirable light on him.

Scotty Burrell was a talented guy. What Scotty was lacking was a commitment of determination, seriousness, so he became my guy to kind of push, keep pushing, keep pushing,” Jordan says. “I tried to get him to fight me a couple times, in a good sense, just to get him [to say], ‘hey man, I’m tired of you picking on me.’ That type of mentality. I could never get him [to do it].” Then Jordan smiles and says of Burrell: “He’s such a nice guy.”

Listen, any time Michael Jordan calls you a “talented” and “nice” guy, effectively giving you his stamp of approval as both an athlete and person, you are a big winner. End of story.

[NEW] Spoiler For One Piece Chapter 1001,Recap, Release Date, And Much More

Spoilers and leaks For One Piece Chapter 998, Raw Scan, Preview and much more.